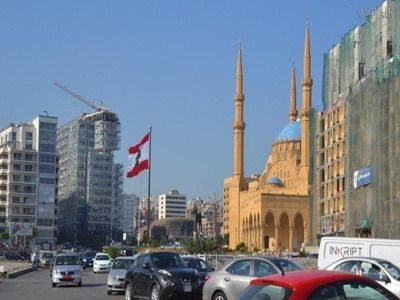 WorldMilitary securityInterstate relationsInternational activities
OREANDA-NEWS. Lebanese Prime Minister Saad Hariri on Tuesday in a telephone conversation with Russian Foreign Minister Sergei Lavrov asked Moscow to help prevent the escalation of tension between Lebanon and Israel. This is stated in the message of the Russian diplomatic service. "In connection with the incident with Israeli unmanned aerial vehicles in the sky over Beirut on August 25, Hariri requested Russia to use its authority and influence to prevent further escalation of tensions between Israel and Lebanon that threaten regional security", the ministry said.

The Russian side reaffirmed its commitment to the sovereignty, independence, territorial integrity and stability of Lebanon and noted the need for strict observance by all parties of international law and, in particular, the provisions of UN Security Council resolution 1701. "Moscow consistently adheres to this principle line both in the Security Council and in contacts with the countries of the region", they pointed out on Smolenskaya Square.

Earlier, the Lebanese army command reported that on the night of Sunday two Israeli drones invaded the sky above the southern outskirts of Beirut from the sea. One of them crashed without causing harm, the other drone exploded in the air in the Muavad area. Hezbollah spokesman Muhammad Afif noted that one of the Israeli drones was mined and fell on the roof of the building, where the party’s information center was located. According to him, the explosion caused material damage, three employees of the center were injured.

Earlier, the Russian side was worried about the aggravation of relations between Israel and the Gaza Strip and called on the parties "to observe a quiet regime in order to avoid further escalation of tension". This was reported in a comment by the Russian Foreign Ministry, circulated in connection with rocket attacks on Israeli territory and retaliatory strikes on the Palestinian enclave.