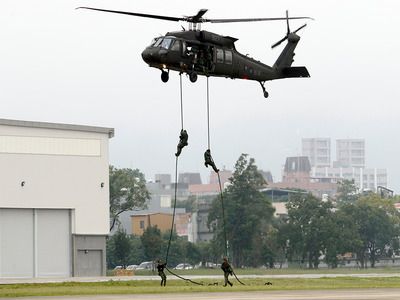 Lithuania Decided to Purchase "Black Hawks" to Replace the Mi-8

WorldInternational activitiesRetailMilitary security
OREANDA-NEWS. The Ministry of Defense of Lithuania has decided to purchase six new UH-60M Black Hawk (Black Hawk) helicopters in the United States for a total cost of € 300 million. are still in service. They will be used by both the Lithuanian military and German troops stationed in the country.

The Ministry of Defense of Lithuania expects that an agreement on the supply of helicopters will be possible to conclude at the end of next year, and Vilnius will receive the first machines in 2024. At the same time, the military department of the Baltic Republic hopes that the US government will pay part of the money to the helicopter manufacturer (Lockheed Martin-Sikorsky) from special funds. At least, Minister of Defense Raimundas Karoblis said that this scenario is "very likely".

Deputy Defense Secretary Hydrim Jeglinskas also said that the Pennsylvania National Guard command, with which the Lithuanian military has been working with for many years, expressed its readiness to help the Baltic country with the training of pilots and technical personnel.