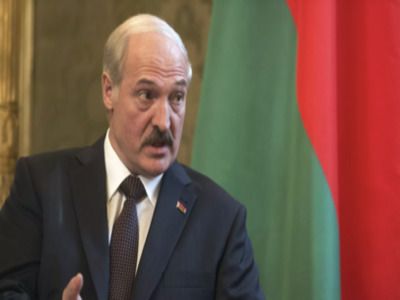 WorldState managementInterstate relationsInternational activities
OREANDA-NEWS. CIS countries must support the President of Ukraine Vladimir Zelensky and do everything possible to ensure that he remains in power. This was announced at the summit of the countries of the Commonwealth in Turkmen Ashgabat by the President of Belarus, Alexander Lukashenko, the Belarusian media reported.

“Speaking about the new government in Ukraine, I would like to urge you to support this government. You see a tendency to curtail this power, twist it, overthrow it, but we must understand who will come to power in Ukraine after that”, the Belarusian leader said. Answering journalists' questions, the head of Belarus noted that it is impossible to lose Zelensky now, since people with whom it will be difficult to conduct dialogue will take his place.

In early October, a meeting of Ukrainian and Belarusian leaders was held in Zhitomir. Zelensky on it called the Ukrainians and Belarusians “mentally the same” peoples. At this meeting, the heads of state discussed many issues of cooperation. In particular, Lukashenko suggested Zelensky to jointly develop and build rockets.
Source: OREANDA-NEWS
Материалы по теме: