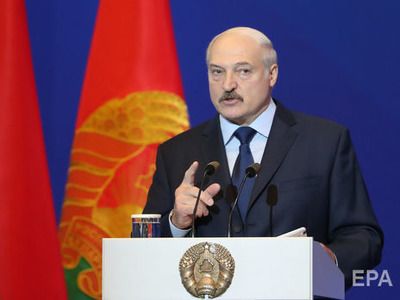 WorldOilOther non-metallic mineral products manufactureEvents
OREANDA-NEWS. The government of Belarus should as soon as possible ensure an increase in refining volumes at the country's refineries. This should save Minsk from the need to “bow down”, the president is sure. During the annual message to the Belarusian people and the parliament, President Alexander Lukashenko appealed to the government to quickly complete the modernization of two refineries.

According to the President of Belarus, this will allow the country "not to walk with an outstretched hand" and to profit from oil refining. “Due to the circumstances, special attention should be paid to the end, moreover, the soonest completion, the modernization of two refineries. So that we did not go with an outstretched hand, did not bow to anyone, but, like everyone else on the world market, bought oil, processed it at our place and got a certain profit. We are at the finishing stage, we need to accelerate, ”he said.

Belarusian oil refiners run the risk of losses due to tax maneuver in Russia. It implies a gradual zeroing of export duties on oil and oil products by 2024 (now they make up 30–100% of the oil duty, depending on the type of oil product) and an increase in the mineral extraction tax (MET). Belarus is now receiving Russian oil duty free. Due to the termination of the special preferences, the price of Russian oil for Belarus will be on a par with other consumers. Minsk estimates its potential losses due to this at $ 10.8 billion over six years (until 2024). In February 2017, the decline in Russian oil supplies to Belarusian refineries was one of the reasons for the record low trade between the countries.

Two refineries operating in the country - Mozyr and Naftan are under reconstruction. In 2018, they processed about 18 million tons of oil. Their capacity is planned to increase to 24 million tonnes. Lukashenko is demanding that the government finish work by November 7, 2019.