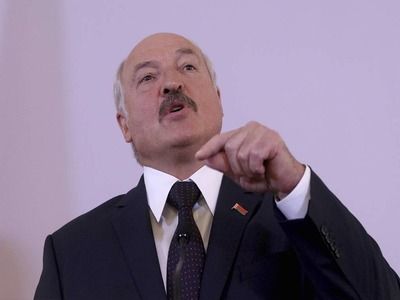 Lukashenko Said That Russia Begins to Press Belarus Every Year

WorldInternational activitiesInterstate relationsState management
OREANDA-NEWS. President of Belarus Alexander Lukashenko believes that every year Moscow “tightens the screws” in relation to Minsk. According to him, the deficit in the trade turnover of the Russian Federation and Belarus reached $ 9 billion. "That is, we are buying $ 9 billion more from the Russian Federation than we are selling. The deficit in trade is the cause of the US-Chinese conflict. From an economic point of view, this is an absolutely identical thing.

So the question is, what did we get from this? What did you get, that every time, every year you begin to press us, "tightening the nuts" and raising prices? ", Lukashenko said in an interview with Ekho Moskvy radio station, a radio version of which was posted on its website on Tuesday. Lukashenko also added that the international community will react accordingly to the actions of Russia if it tries to violate the sovereignty of Belarus.

“If Russia tries to violate our sovereignty, you know how the world community will react, they will be drawn into the war. The West and NATO won't tolerate the alleged encroachment on the sovereignty of Belarus, because they will consider this a threat to them. And the West will be somewhat are right”, Lukashenko said.
Source: OREANDA-NEWS
Материалы по теме: