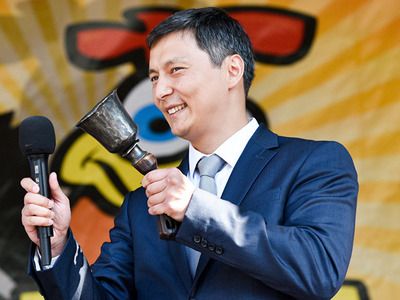 He expressed his opinion in an interview with a TASS correspondent.

“School is not only part of the education system, but also part of culture. Russian people are part of the Estonian society and state, and their culture enriches our society, and therefore, it must be preserved. How it is necessary to keep school education in Russian, ”he said.

At the same time, Kylvart believes that it is necessary to raise the level of teaching Estonian in Russian-language educational institutions. According to him, positive dynamics is seen in this issue, which is an example of mutual integration. The mayor said that the city "will continue to adhere to the principle of free choice of model and language of instruction."

Kylvart was elected the new mayor of Tallinn in April 2019. His candidacy was supported by 45 deputies of the city assembly from 70. His father is Estonian, his mother is Korean. The politician calls his native language Russian.