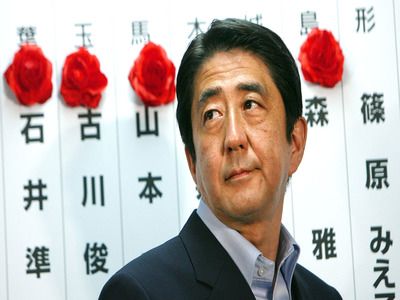 WorldStateState managementPublic healthTerritorial administration
OREANDA-NEWS. Japanese Prime Minister Shinzo Abe decided to declare a local emergency mode in several cities in the country due to the spread of coronavirus. This was announced on Monday by a Japanese news agency.

According to him, the emergency mode will spread to Tokyo and Osaka, where in recent days there has been a sharp increase in the number of infected. It's expected that the introduction of an emergency regime will be officially announced in the near future, the agency notes.

In early March, the Japanese parliament approved amendments to existing legislation that allow the Prime Minister to introduce a national or local emergency regime in the country, if necessary, in connection with the spread of the new coronavirus. According to the document, the authorities are given the right to prohibit the population of certain areas from leaving their homes for a certain time without permission or special necessity.

By agreement with the government, the governors of the prefectures will also be able to forcibly close educational and other public institutions. In the event of a shortage of medical institutions, the authorities receive the right to build temporary hospitals with the confiscation of the necessary land, buildings and supplies of medicines. For attempts to prevent this, a criminal punishment is introduced.