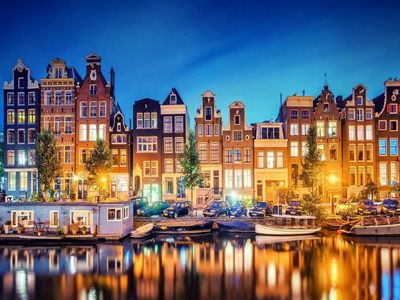 WorldState managementInternational activitiesEvents
OREANDA-NEWS. The Dutch authorities abandoned the name "Holland" for positioning abroad. Now the official name of the country is the Netherlands, according to the Netherlands Broadcasting Corporation (NOS). According to the channel, this step is "part of an international marketing plan" published several months ago. Starting January 1, companies, embassies, ministries and universities begin to use only the word "Netherlands" instead of "Holland", used for a quarter century.

In parallel, the symbol of the country will change, NOS notes. Currently, the most commonly used for these purposes is an orange tulip. The new symbol consists of two letters of the English alphabet, "N" and "L", representing the Netherlands, in which the tulip is still incorporated. “We are modernizing our approach”, the Netherlands Tourism Council, which was responsible for creating the new brand, said earlier. “We want to position the country as open, innovative and inclusive”. Rebranding cost € 200 thousand.

In particular, it's planned to actively use the name "Netherlands" during the Olympic Games in Tokyo and at the Eurovision Song Contest 2020 in Rotterdam. The name "Holland" was attached to the Netherlands by the name of the two historically most developed provinces of the country - North and South Holland.
Source: OREANDA-NEWS
Подписывайтесь на наши группы: Instagram | VK | Facebook | Twitter
Материалы по теме: