Venezuela Rejects US Proposal for Establishment an Interim Government
State, 31.03.2020, 23:15 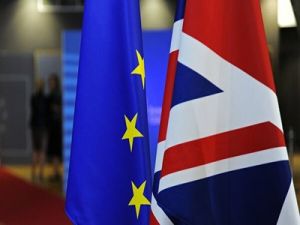 OREANDA-NEWS. The UK is likely to be able to withdraw from the European Union (EU) without concluding a deal with Brussels that streamlines this process. This opinion was expressed on Friday by Secretary of State at the Ministry of European and Foreign Affairs Amelie de Monschalen on the air of the French radio station.

“The country will probably come out without an agreement”, she said. “If the British side does not want to compromise, then this option is likely”. Monschalen emphasized that "such an option would be very difficult", noting that France was "ready for anything". “We took all measures to protect our citizens and our entrepreneurs”, she added.

The United Kingdom was due to leave the EU on March 29, 2019, that is, two years after a written notice of leaving the community. However, members of the House of Commons of the British Parliament three times rejected the draft agreement on the conditions of Brexit, reached between Brussels and the government of Prime Minister Theresa May.

As a result, the EU agreed to postpone Brexit, first to April or May, then to October 31, and May was forced to resign, failing to break the deadlock. Boris Johnson, who succeeded her, insists that the country won't ask Brussels for new postponements and must leave the European Union no later than October 31 with or without a deal.