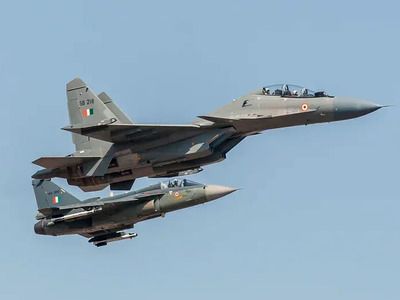 WorldInternational activitiesMilitary securityAir transport
OREANDA-NEWS. In the near future, India will modernize the fleet of Su-30MKI fighters that are in service with the country's air force. This was announced by the commander in chief of the Armed Forces of the country Rakesh Kumar Singh Bhadauria. "In the near future, the Sukhoi (Su-30MKI fighters) will be modernized to further increase their operational capabilities", the Indian newspaper quoted the commander on Monday

As the publication then notes with reference to the source, the project for the modernization of Su-30MKI fighters will include the installation of the latest avionics, a more powerful radar, and modern electronic warfare systems on them. In addition, 42 fighter jets will be converted for armament with an aviation version of a joint Russian-Indian production of the Bramos supersonic cruise missile.

The newspaper, citing sources, also indicates that India is completing a discussion with Russia on the acquisition of 12 Su-30MKI fighters to replace those lost in aircraft accidents. In addition, New Delhi will also soon acquire an additional batch of 21 MiG-29 fighters worth about 2.3 billion rupees each (about $ 32.4 million), the newspaper writes.