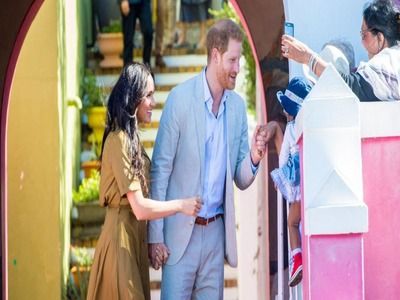 WorldInternational activitiesMinistries and departmentsEvents
OREANDA-NEWS. The new life of Prince Harry and his wife Meghan Markle in Canada, in which the Duke and Duchess of Sussex intend to spend a significant part of the year after renouncing the status of senior members of the royal family, will cause a significant blow to the budget of Scotland Yard. This was reported on Tuesday by The Times.

The issue of the cost of protecting the royal couple became, according to her, a real problem for Whitehall. Metropolitan police officers fear that Harry and Megan’s demand that they be considered “internationally protected persons” could result in the budget of the unit that protects the royal family “getting out of control”. Securing Sussex in the UK costs the police £ 600 thousand a year ($ 780 thousand), and traveling abroad will significantly increase the associated costs.

Sussex "did not fully think out the consequences of their move to Canada in the field of security and put the London police in a difficult situation," the former head of Scotland Yard, whose name isn't named, told the publication. According to documents that The Times managed to familiarize themselves with, the police department is already experiencing a shortage of royal guard officers.
Source: OREANDA-NEWS
Материалы по теме: