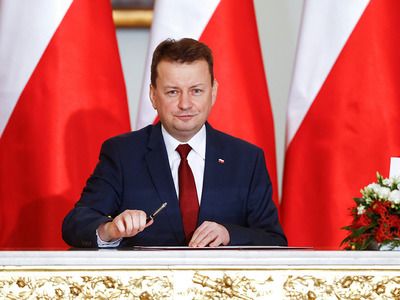 WorldInterstate relationsMilitary securityMinistries and departments
OREANDA-NEWS. The authors of the new Polish "National Security Strategy 2020" called Russia's actions the most important threat to Poland. Excerpts from this document were published on Thursday by a Polish newspaper.

The document consists of 33 pages. It was planned that he would be officially introduced by the President of Poland Andrzej Duda before the next presidential election scheduled for May 10. However, according to the newspaper, many of its provisions were formulated before the new coronavirus pandemic and lost relevance. So far, there is no information about plans to rewrite the strategy.

Russian Foreign Minister Sergei Lavrov at the Munich Security Conference called for an end to cultivating the phantom of the “Russian threat” and forging dialogue on security issues in Europe based on the “principle of the indivisibility of security indivisibility”. Which is enshrined in the 1975 Helsinki Final Act, the 1990 Charter of Paris for a New Europe, and the 2010 OSCE Astana Summit Declaration.
Source: OREANDA-NEWS
Другие новости: