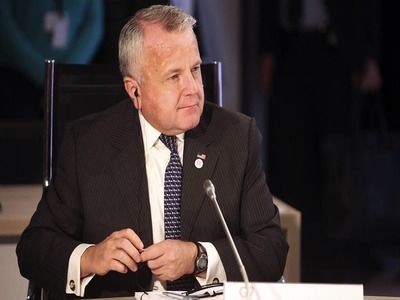 WorldMinistries and departmentsInternational activitiesInterstate relations
OREANDA-NEWS. US President Donald Trump is about to appoint First Deputy Secretary of State John Sullivan as United States Ambassador to Russia. This was reported on Friday by the American news newspaper, citing sources.

According to an unnamed source in the Department of State, Moscow agreed to accredit Sullivan to this position. On October 3, 2019, the powers of John Huntsman as US Ambassador to Russia ended. He was appointed head of the U.S. diplomatic mission in Russia in October 2017. In early August of this year, he filed a resignation request to Trump.

Earlier it was reported that the head of the White House, Donald Trump, has not yet decided who will become the new head of the United States diplomatic mission in Russia. Possible candidates include DPRK Special Representative Stephen Bigan, US Ambassador to Germany Richard Grenell and First Deputy Secretary of State John Sullivan. But later the situation became clearer.