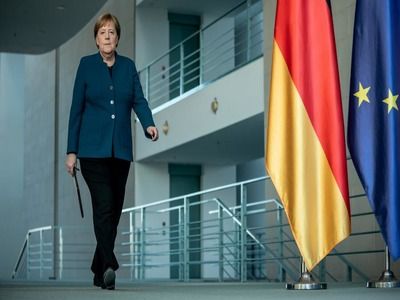 Merkel Returned to Her Workplace after Home Quarantine

WorldPublic healthState managementMinistries and departments
OREANDA-NEWS.  The head of the German government, Angela Merkel, returned to her workplace in the Office of the Federal Chancellor, the home quarantine, which she spent 14 days on, ended. This was announced on Friday at a briefing by the official representative of the Cabinet of Germany, Steffen Seibert.

“As for the chancellor’s physical presence, she’s already returning to her workplace at the Office of the Federal Chancellor. 14 days of home quarantine are over”, he said. “Fortunately, the results of several tests for coronavirus were negative. Now her work will continue from the Office of the Chancellor”, Seibert said.

Merkel decided to go to home quarantine on the advice of doctors and specialists from the Robert Koch Institute of Virology after it became known that the doctor who had given her pneumococcal prophylaxis on March 20 became infected with coronavirus. She participated in various negotiations via video conferencing from home.
Source: OREANDA-NEWS
Другие новости: