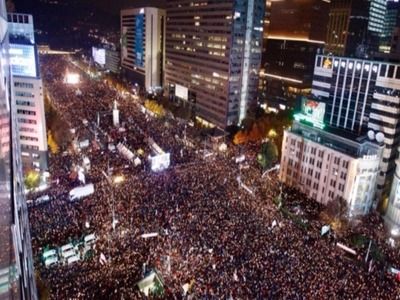 WorldPublic healthState services to societyState management
OREANDA-NEWS. More than a million people signed a petition demanding the resignation of President of the Republic of Korea Moon Jae In for failure to cope with an outbreak of coronavirus infection in the country. As of 13:00 local time, 1.017 million people put their signatures on the document posted on the website of the head of state’s administration. Back on Wednesday, their number was 500 thousand.

The petition contains sharp criticism of Moon Jae In, who, according to the authors, was unable to take effective measures both to prevent the infection from entering the country and to contain the virus after it got into South Korea. A doubling of the number of signatories of the petition compiled in early February per day indicates an increase in the population’s discontent with the actions of the authorities, local experts say.

In the event that any petition posted on the site of the country's leader’s administration gains more than 200 thousand signatures, the authorities are obliged to respond to it. In this case, this should happen no later than March 4. The number of cases of new-type coronavirus infection in the Republic of Korea on Thursday increased by 334, reaching 1,595. The number of deaths was 12. Most of the new infections are in Daegu City (307), and six cases have been reported in Seoul.
Source: OREANDA-NEWS
Материалы по теме: