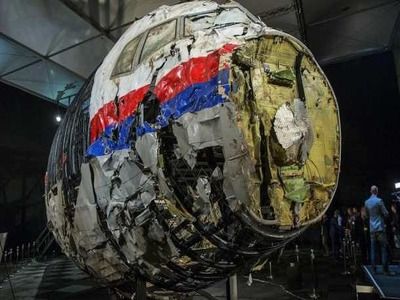 Netherlands Demanded to Study the Ukrainian Role in Death of MH17

WorldIncidentsJusticeMinistries and departments
OREANDA-NEWS. Deputies of the lower house of the Dutch parliament demanded that the country's government investigate in more detail the role of Ukraine in the death of a Boeing airliner operating flight MH17 over Donbass. It is reported by the Netherlands media. As the publication explains, parliamentarians said it was necessary to clarify the issue of closing airspace in eastern Ukraine at the time of the disaster. One of the deputies, Chris Van Dam (Christian Democratic Party), noted the importance of this information for the relatives of the victims.

The Dutch Foreign Minister Stef Blok, responding to the proposal, recalled that the government does not see any legal grounds for this, but did not object to considering the possibility of an additional investigation. At the same time, he pointed out the difficulties with studying the facts, since for this, in particular, it will be necessary to cooperate with Russia. “We are talking about their airspace”, Blok explained.

According to the results of the investigation into the death of MH17 by the International Investigation Team, which included representatives of the Netherlands, three Russian citizens and one Ukrainian are suspected of disaster. According to the group, the plane crashed after hit by a ground-to-air missile launched from the Buk missile launcher. Moscow denies involvement in the Boeing disaster, which killed 298 people, and accuses the Ukrainian military of what happened. Kiev claims that the rocket was launched from the territory of the self-proclaimed Donetsk People’s Republic.

In June of this year, the International Investigation Team, following an investigation, named the plane crash suspects. All of them were put on the international wanted list. The trial was scheduled for March 9, 2020. According to the Prosecutor General of the Netherlands, Fred Westerbeke, investigators admit that the target of the missile launched won't a passenger, but a military aircraft.