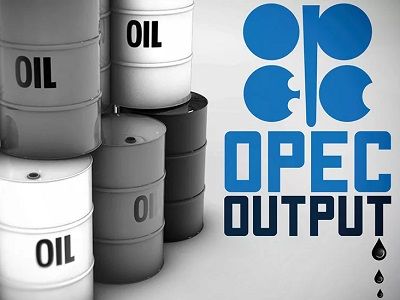 Demand forecast revised due to the fact that OPEC expects a smaller increase in oil demand in Latin America and the middle East.

The forecast for oil supply from non-OPEC countries for 2019 has been revised due to lower production in Mexico and Norway, while the main growth in supply will be provided by the US, Brazil and Canada.

According to OPEC, the largest increase in production in Russia was provided by Rosneft-plus 160 thousand barrels in August - to 3.93 million barrels. It is followed by "LUKOIL", "Surgutneftegas", "Gazprom oil" and "Tatneft", the report says.

According to the report, the OPEC countries in August increased oil production by 278 thousand barrels per day - up to 32.56 million barrels at the expense of countries such as Libya, Iraq and Nigeria.

Thus, in August, the cartel countries exceeded the production ceiling of 32.5 million barrels, established at the end of 2016 in the framework of the Vienna agreement. Since July, OPEC+ countries have eased restrictions and are increasing production.