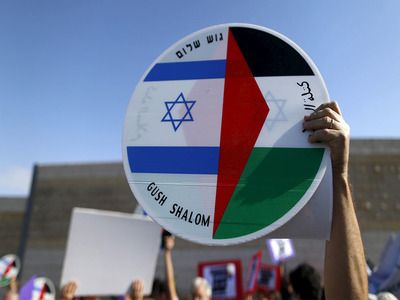 WorldTerritorial administrationInterstate relationsPublic health
OREANDA-NEWS. All disputes between Palestine and Israel temporarily faded into the background against the backdrop of a joint struggle against the spread of coronavirus. This was announced by the Ambassador of Palestine to the Russian Federation, Abdel Hafiz Nofal, in an interview with the Russian publication published on Wednesday.

"All disputes between us and the Israelis temporarily faded into the background. Last week, Israeli President Reuven Rivlin called Palestinian President Mahmoud Abbas and asked for cooperation in the fight against coronavirus. A joint headquarters has been set up to fight the infection", he added. Nofal noted a common understanding of the need for a coherent policy on both sides to prevent the further spread of the virus.

The ambassador explained that on March 5 a state of emergency was introduced, as well as a ban on leaving the house without emergency and a curfew. This allows you to keep the number of infected at a minimum. According to him, at present, 60 cases of coronavirus infection have been recorded in Palestine, but not a single death has been recorded. Moreover, 17 people have fully recovered, while the rest are in satisfactory condition.
Source: OREANDA-NEWS
Другие новости: