The Cause of Diego Maradona’s Death Was Acute Heart Failure 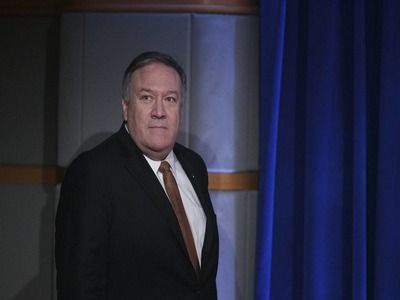 Pompeo Says Washington Will Work to Return to G8 Format

WorldInterstate relationsDiplomatic organizationsMinistries and departments
OREANDA-NEWS. The US administration will work to return to the G8 format with the participation of Russia. This was stated by Secretary of State Michael Pompeo in an interview with the American television channel, the text of which was distributed on Tuesday by the press service of the American Foreign Ministry.

Earlier, U.S. President Donald Trump at a press conference following the results of the G7 summit in Biarritz, said he was inclined to seek a resurgence of the format of the Group of Eight Industrialized Powers with Russian participation, despite the unpopularity of this initiative in the American establishment and ignoring domestic political considerations.

Press Secretary of the President of the Russian Federation Dmitry Peskov told reporters that a return to the G8 format is not an end in itself for Russia, because many issues are more effectively resolved in the G20 format. At the same time, he recalled that Russian President Vladimir Putin has already said that Moscow does not refuse to communicate with other countries in any format.

Group of Seven (G7) - an association of economically developed countries, which includes the United Kingdom, Germany, Italy, Canada, USA, France and Japan. In this format, the organization existed from 1976 to 1997. After the accession of Russia, it became known as the G8. In March 2014, as a result of events in Ukraine and the ensuing crisis in relations between the United States and Europe with Russia, the Western members of the association decided to return to the "seven" format while President Barack Obama was in power in Washington.