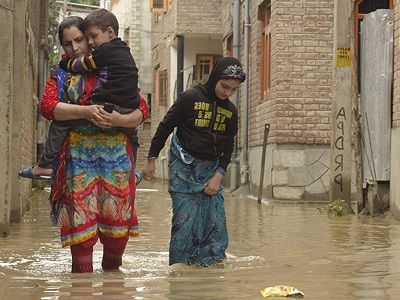 Rospotrebnadzor Warned Russians About the Leptospirosis in India

OREANDA-NEWS The Russian Federal service for supervision of consumer rights protection and human welfare (Rospotrebnadzor) warned about the outbreak of leptospirosis in India, from which to date 40 people have died. This information reports a press-service of Department.

According to Rospotrebnadzor, over the past five days with suspected infection of this infection have registered more than 300 people, five more died. In total, according to the Indian Ministry of Health, in the period from August 1 to September 3 leptospirosis killed 40 people, more than 200 were hospitalized.

"The main cause of the disease is considered to be the use of water infected with the causative agent of leptospirosis. The Ministry announced the introduction of an emergency situation in six districts of Kerala, where the flood caused the greatest damage," the Supervisory authority said.

The vectors of infection are rodents, cattle and other domestic animals. The highest incidence is observed on the West coast of the Peninsula near the town of Kozhikode.

"For the prevention of leptospirosis, it is recommended that persons involved in rescue and cleaning activities take antimicrobial agents. Outbreaks of leptospirosis occur regularly in India during floods. With the population, work is underway to raise awareness about the causes of the disease and its prevention," the Ministry said.

In 2018, during the monsoon season, the state had a triple rainfall, which led to flooding.

The Rospotrebnadzor draws attention to the danger of travelling to this part of India. It strongly recommends that the published information be taken into account when planning trips.

Leptospirosis is an acute infectious disease that affects the kidneys, liver, nervous and vascular system. Infection is transmitted to humans from contact with infected animals, water, soil, plants. Also leptospirosis can be ill when swimming in open water. From person to person, the disease is not transmitted.