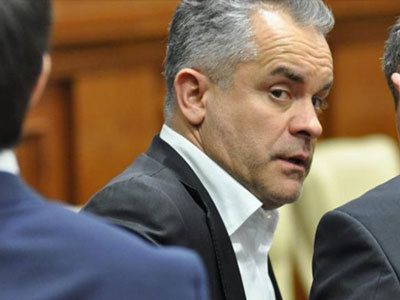 OREANDA-NEWS. Charges of establishing a criminal organization, smuggling and sale of drugs are in absentia brought to the former chairman of Democratic Party of Moldova Vladimir Plakhotnyuk of Russia, the official representative of the Ministry of Internal Affairs Irina Volk reported.

In Investigative department of the Ministry of Internal Affairs of the Russian Federation criminal case concerning heads and participants of the international criminal society who were involved in the organization of the channel of illicit deliveries of especially large consignments of hashish is investigated. The route was laid from the countries of North Africa by transit through the countries of Europe. Illegal sale was carried out including in the territory of Russia.

The politician left a post of the chairman of Democratic Party of Moldova on June 24. Later Andrey Nestase reported that Vladimir Plakhotnyuk went to London through Ukraine on June 14.