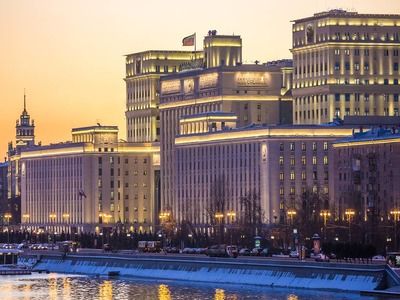 WorldMilitary securityInternational activitiesInterstate relations
OREANDA-NEWS. The statement by Turkish Foreign Minister Mevlut Cavusoglu on Russia's failure to fulfill promises and threats to resume a military operation in northern Syria, which could aggravate the situation, was bewildered by the Russian Defense Ministry. This was reported to reporters on Tuesday by an official representative of the department, Major General Igor Konashenkov.

"The statement by the Turkish Foreign Minister Mevlut Cavusoglu about the allegedly non-fulfillment by Russia of its promises, as well as the threat to unleash a military operation in the north of Syria, was bewildering in the Russian Ministry of Defense. A statement by the Turkish Foreign Minister calling for the outbreak of hostilities can only aggravate the situation in the north The Syrian Arab Republic, and not to its settlement, as recorded in the joint memorandum signed by the presidents of Russia and Turkey", Konashenkov said.

On October 9, Ankara announced the start of a new military operation, Source of Peace, in northern Syria. Its goal is to create a buffer zone, which should become a protective belt for the Turkish border. According to Ankara’s plan, Syrian refugees will be able to return from Turkey. The Syrian state agency SANA called the operation aggression, the international community condemned the actions of Ankara.