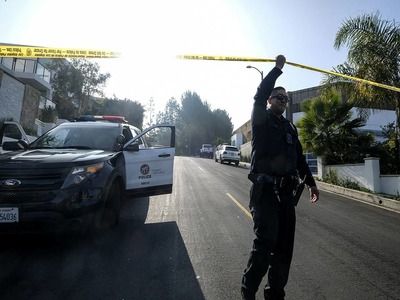 Russian Detained in the United States on Suspicion of Identity Theft

WorldJusticeInternational activitiesIncidents
OREANDA-NEWS. US authorities detained Russian Cyril Firsov on suspicion of theft of personal data of California residents for further sale with the aim of using false identities. This is stated in the judicial materials posted in the electronic base of the Southern District of California.

California Southern District Attorney Firsova Calls Platform Administrator The Russian was detained at John F. Kennedy International Airport in New York "on Saturday, March 7, 2020". The prosecutor's office asked the court to classify the materials of the case until March 9. Magistrate Judge Allison Goddard decided on 9 March to declassify these materials.

These materials include written evidence from the FBI agent Brian Nilson. According to him, Firsov "without the permission of the issuer of access to the devices of clients of a certain company, found out the names and passwords of account holders that were used to receive cash, goods, services and other valuable things".

The materials note that on March 4, the FBI, without revealing itself, made a control purchase of the data of the owners of about 1.1 thousand accounts for $ 20 nominated in bitcoins. 249 of these accounts were hacked and belonged to customers of the aforementioned company headquartered in San Diego. She is the legal operator of interactive video games.
Source: OREANDA-NEWS
Материалы по теме: