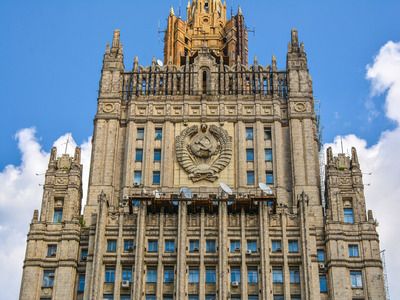 WorldDiplomatic organizationsInterstate relationsMilitary security
OREANDA-NEWS. The special envoy of the Russian president for the Middle East and African countries, Deputy Foreign Minister Mikhail Bogdanov discussed by telephone with the Secretary General of the Executive Committee of the Palestine Liberation Organization (PLO) Saib Arikat the inadmissibility of auditing the internationally recognized principles of Palestinian-Israeli settlement. This is stated in a message on Thursday of the Ministry of Foreign Affairs of the Russian Federation.

"During the conversation, an exchange of views was held on ways of overcoming the stagnation in the Palestinian-Israeli negotiation process," the Russian Foreign Ministry noted. "The inadmissibility of revision of the internationally recognized basis of the Middle East settlement, providing for the establishment of a Palestinian state within the 1967 borders with the capital East Jerusalem in accordance with the resolutions of the Security Council and the UNGA, the provisions of the Arab Peace Initiative and the Madrid Peace Conference om "peace in exchange for territory".

"It was emphasized that the PLO was and remains the sole legitimate representative of the Palestinian people and no one else has the mandate and the right to speak on his behalf during forums and conferences devoted to the task of establishing a lasting and comprehensive peace in the Middle East," the ministry added.

In late September 2018, the head of the White House, Donald Trump, at a meeting with Israeli Prime Minister Benjamin Netanyahu on the margins of the 73rd session of the UN General Assembly in New York, said that the US administration plans to make public its own comprehensive plan to resolve the Palestinian-Israeli conflict. On May 3, senior adviser and son-in-law of US President Jared Kushner, speaking at the Washington Institute for Middle East Policy, announced that the so-called deal of the century will include political and economic parts, which will take into account similar attempts by previous Washington administrations. Details of the plan will be disclosed in early June.