Russian Foreign Ministry: Russia Doesn''t Support Any of the Candidates for Presidential Elections in Afghanistan 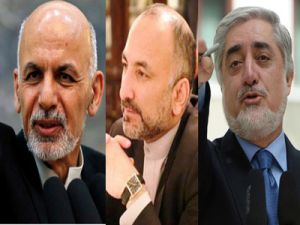 OREANDA-NEWS. The election of the president of Afghanistan is an internal affair of the country's citizens; Russia does not support any of the candidates. This is stated in a commentary circulated on Thursday by the Russian Foreign Ministry.

According to the ministry, recently in some media the topic of Russian support for the candidacy of the former adviser to the President of Afghanistan on national security, Hanif Atmar in the upcoming presidential elections on September 28, was even said that he allegedly was allocated about $ 60 million for the election campaign.

“We declare with all responsibility that the Russian side did not and does not support any of the candidates in the upcoming presidential elections in Afghanistan, considering these elections to be purely an internal affair of the Afghans. At the same time, we are closely following the developments in this country and expect that what is happening in it, political processes will ultimately lead to the establishment of lasting peace and national harmony”, they pointed to Smolenskaya Square.

The diplomatic department drew attention to the fact that the authors and publications publishing information on Russia's support for the candidate for the presidency of Afghanistan "don't bother to present evidence confirming its reliability, but focus solely on rumors and speculation". “And they write about it openly. The position of such authors is surprising, and their motives are misunderstanding, since all this isn't true. We see in these publications an attempt to quarrel certain political forces of Afghan society with our country", the Russian Foreign Ministry noted.

The presidential election in Afghanistan is due to take place on July 20, 2019. They will be an important test of the political system created in recent decades. On the same day, it's planned to vote for the councils of counties and provinces, which also shouldn't be underestimated.