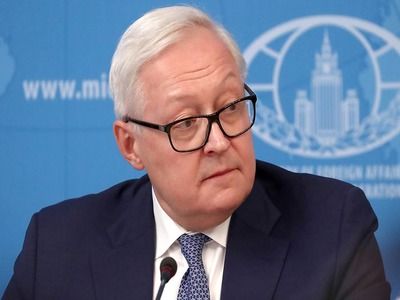 Russian Foreign Ministry: We Will Expand Restrictive Lists after Introduction of US Sanctions Against Russian Employees

WorldJusticeInternational activitiesInterstate relations
OREANDA-NEWS. Moscow will expand restrictions on US citizens entering Russia after Washington imposed sanctions on two employees of the Investigative Committee of the Russian Federation. This was announced on Wednesday by Russian Deputy Foreign Minister of Russia Sergei Ryabkov. According to him, these sanctions against Russians are a continuation of the "completely defamatory, failed line". "She assumes that we will" cower "under sanction, but this will never happen", the deputy minister emphasized. "And we, of course, will accordingly expand our restriction lists for American citizens to come to us. We are openly talking about this".

The agency’s interlocutor also drew attention to speculations that appeared at the end of August in the media about the non-issuance of Russian visas to American senators. “They tried to present cases as if they were denied visas”, he reminded. “Nobody refused them visas, they are included in restrictive lists for entry into Russia”.

“As soon as the USA abandons the vicious practice of expanding such lists, we, acting in a mirror based on the principles of reciprocity, will do the same,” Ryabkov emphasized. “In any case, in all these situations, the responsibility on the American side, so to speak, the ball on the American half the field". On September 10, the United States imposed sanctions on two employees of the regional SK in Surgut, accusing them of involvement in torture and violation of the rights of followers of Jehovah's Witnesses (recognized as extremist and banned in the Russian Federation).

In addition, at the end of March, the European Court of Human Rights notified the Ministry of Justice of Russia about the refusal to satisfy the request of one of the members of the Jehovah's Witnesses organization, Sergey Loginov, to apply urgent interim measures in the case, since during the criminal prosecution he was allegedly tortured by representatives of Russian investigative authorities.