US Government Plans to Ban Downloading TikTok and WeChat 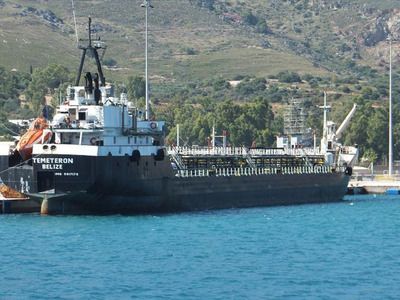 OREANDA-NEWS In Libya, two Russian sailors were detained three years ago. This was announced in his Telegram channel by the journalist and president of the National Values ​​Protection Fund Alexander Malkevich.

According to him, the captain and the headman of the Temeteron tanker Vladimir Tekuchev and Sergey Samoilov were released. It is noted that information was transmitted to him by one of the African diplomats working in Europe, so now he is waiting for official confirmation.

Malkevich added that two more Russians are currently in captivity in Libya. These are the employees of the National Values ​​Protection Fund Maxim Shugaley and Samer Hassan Ali Sueifan. “Openly engaged in sociological research, our colleagues were accused of“ interference ”in the electoral process,” he explained.

In the fall of 2018, the Tripoli court sentenced two Russian sailors to 51 months (4 years and 3 months) in prison. They were found guilty of smuggling oil products and illegally crossing the state border, RIA Novosti notes.

Temeteron was detained on June 28, 2016. The ship was sailing with a cargo of gas under the flag of Belize. In addition to the Russians, among the crew members were citizens of Ukraine and Greece.