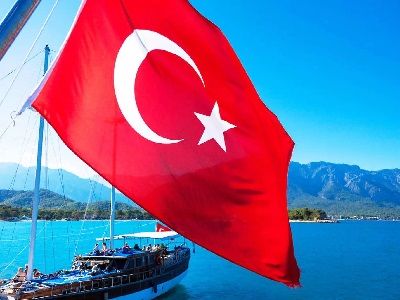 OREANDA-NEWS The international rating Agencies S&P and Moody's has downgraded Turkey's long-term sovereign foreign currency credit rating to "B+" and local currency rating to "BB -", the Agency said in a press release.

At the same time, the Agency changed the forecast to negative. Moody's noted that the key factor in the downgrade was "the continuing weakening of Turkey's state institutions and the consequent decline in the predictability of Turkish policy." The Agency reported that there are growing of problems with the independence of the Central Bank of Turkey and the lack of a clear plan to reduce the effect of the financial crisis.

It is reported that Moody's downgraded to Ba3 from Ba2 and changed the forecast to negative. The Agency notes that this is caused by the economic crisis associated with the collapse of the national currency. At the same time, the Agency is concerned about the lack of a clear plan for Turkey's exit from the crisis.

"The downgrade reflects our expectations that the extreme volatility of the Turkish Lira and, as a consequence, the projected sharp adjustment of the balance of payments will undermine the Turkish economy. We expect a recession next year, " S&P said in a press release.

The rating Agency also predicted that inflation will reach 22% over the next four months. According to S&P, despite the increased economic risks, the response of monetary and fiscal authorities in Turkey is still limited.

On August 13, the ratio of the Turkish Lira to the US dollar reached a historic low. The dollar was worth 6.9 Lira. The reason was the increase in US duties on Turkish steel and aluminium doubled. Earlier, on 1 August, the United States also imposed against the Turkish officials in the U.S. state of imprisoned in Turkey pastor Andrew Brunson. Later,  Turkey also increased duties on American goods — cars, alcohol and tobacco.

On 17 August Berat Albayrak - the head of the Turkish Ministry of Finance - announced the cooperation with France in order to resist the US sanctions. Earlier, China expressed support for Turkey in the fight against US sanctions.

The US Government Can Oblige Tobacco Companies to Reduce the Nicotine Content of Cigarettes.Oreanda.ru | 21.04.2021 15:24:29