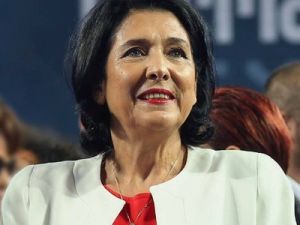 OREANDA-NEWS Georgian President Salome Zurabishvili said that Russian tourists, despite the tense relations between our countries, continue to come to the country to rest.

Zurabishlvili said this, speaking in Batumi at an international conference held there in honor of the 10th anniversary of the Eastern Partnership organization.

Before that, the Georgian president made a statement, assuring that the country is safe for all citizens, including foreigners living there and tourists coming to rest.

Recall: June 20 this year, the capital of Georgia was overwhelmed by riots and anti-Russian speeches. In connection with these events, Russian President Vladimir Putin has signed a decree on the termination of direct flights between our countries since July 8. Also, Russian tour operators were advised to temporarily suspend the sale of vouchers to Georgian resorts.