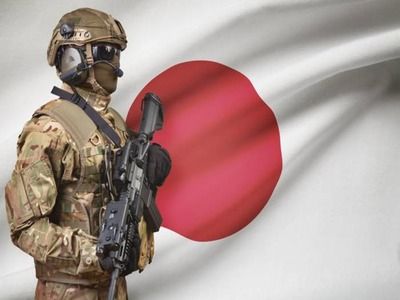 WorldMilitary securitySpace transportationMinistries and departments
OREANDA-NEWS. Japan’s Air Self-Defense Forces can evolve into aerospace in the future. This, speaking on Tuesday to the leadership of the national Self-Defense Forces, said Prime Minister Shinzo Abe. "These aren't fantasies", the Japan News Agency quoted him as saying.

Earlier it was reported that the government of Japan intends to form the first space unit as part of the country's national self-defense forces next year. About 70 specialists will have to enter it, who will undergo appropriate training at the Japan Aerospace Research Agency, as well as in the US Armed Forces. The headquarters of the unit will be located at the military base in Futu (Tokyo Prefecture). The main objective of the structure will be the observation of outer space in order to counter possible attacks from satellites of other countries, as well as to prevent collisions of Japanese spacecraft with space debris.

Currently, the Japanese government is specifically developing a monitoring system using ground-based radars and telescopes. It's expected that its operation will begin in four years. Initially, Japan planned to create a new division in 2022, but the dates were postponed to an earlier period. This is due, inter alia, to the fact that in 2020 the United States also decided to form its own Space Forces. It's assumed that both of these structures will actively cooperate.

Earlier, Japanese Prime Minister Shinzo Abe has repeatedly stated the need to increase the effectiveness of the Self-Defense Forces and strengthen their positions in cyberspace and space. Earlier, Japan’s self-defense forces took off fighters due to Russian bombers. According to local media, on Thursday morning, the aircraft twice invaded the airspace of the country.