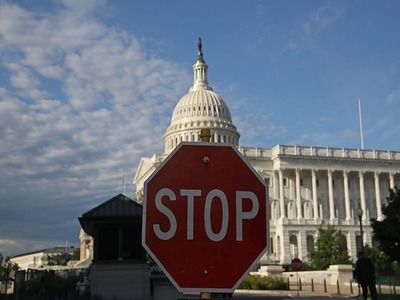 WorldJusticeMinistries and departmentsInterstate relations
OREANDA-NEWS. Senators Chris Van Hollen (Democrat of Maryland) and Marco Rubio (Republican of Florida) appealed to the leadership of the Armed Forces Committees of both houses of Congress to include sanctions on Russian sovereign debt in their draft defense budget for the next fiscal year they are discussing, which begins in October. This is stated in a senators letter published on Monday.

They propose to include in the draft defense budget a bill introduced earlier to the Congress called the DETER Act (Defending Elections from Threats by Establishing Redlines Act) - the law “On the Protection of Elections by Establishing Red Lines”. “We urge you to ensure that the final draft of the draft defense budget includes provisions that would prevent future efforts by foreign governments and foreign figures to interfere in the US elections, making it clear that such interventions will have quick and serious consequences”, the senators note.

The DETER Act stipulates that the Director of National Intelligence of the United States, within 60 days after any federal election in the United States, must make a conclusion on whether persons under control of any country or a foreign state tried to intervene in the elections and influence their outcome.

Rubio and Van Hollen said that their bill was primarily directed against Russia. The document, in particular, provides for a ban for Americans on any operations with Russian sovereign debt. These restrictions can be relaxed or completely removed if the Director of National Intelligence of the United States determines that the Russian Federation didn't intervene in the elections.

Similar measures were included only in the House of Representatives approved version of the draft defense budget. Moscow has repeatedly rejected allegations of attempts to influence the course of elections in the United States.