Seoul Opened a Warning Fire Because of a Russian Plane 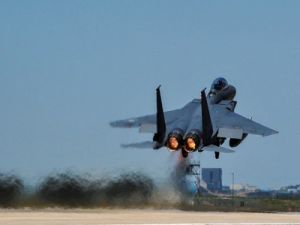 It says that a Russian bomber on Tuesday morning twice invaded the country's airspace over the East Sea in violation of international treaties. In both cases, the flights lasted for three minutes. The incident occurred in the area of the Dokdo Islands (Takeshima), located east of the southern part of the Korean Peninsula and the subject of a dispute between Seoul and Tokyo.

The agency notes that cases of violation by the Russian military aircraft of the airspace of South Korea are extremely rare, with the exception of cases when a Russian plane accidentally got into the coverage area of South Korean air defense. The last such case occurred on June 20, the agency said. Then two Russian military aircraft stayed in the South Korean air defense zone for about half an hour.

It's noted that this is the first such case of violation of the airspace of the Republic of Korea by the airborne forces of the Russian Federation. Last time, South Korea also raised military aircraft to intercept Russian strategic bombers Tu-95, which entered the South Korean air defense identification zone.
Comments from the Russian Ministry of Defense has not yet followed.

Last year, the Ministry of National Defense of South Korea caused the Russian military attache in connection with the violation of the air defense identification zone, which, according to the South Korean side, was made by two Russian bomber.