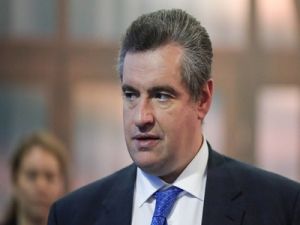 OREANDA-NEWS. Leonid Slutsky, head of the State Duma Committee on International Affairs, announced the continuation of cooperation between Russia and the Middle East in the field of supplying domestic weapons to this region. The launch of the supply of anti-aircraft missile systems S-400 to Turkey is only the "first sign", he said on Saturday in an interview with Russian television channel.

According to him, the supply of weapons to Turkey was just the beginning. The newest systems from Russia will be supplied to the countries of this region, there is a high demand for our products. We will work closely together, the volume of this cooperation is very large. And I am confident that we must expand this cooperation in every way",he said.

Deliveries of S-400 to Turkey began on July 12. According to the country's military ministry on that day, the first batch of weapons arrived at the military airport of Turkey. The Turkish Defense Industry Directorate also stated that "the supply of other elements will be continued in the near future". Russia and Turkey signed a contract for the supply of four S-400 divisions in the amount of $ 2.5 billion in December 2017. In Washington and in the command of NATO forces oppose this deal, which indicates the incompatibility of the Russian air defense system with NATO weapons.

The US has already excluded the Turkish military from the training program for flights on F-35 fighters and promised to refuse to supply Turkey with these aircraft. Earlier, the United States asked Turkey to choose what weapons it will buy.

The S-400 Triumph is a Russian long-range and medium-range anti-aircraft missile system. It's intended to destroy air attack and reconnaissance weapons and any other air targets under conditions of intense fire and electronic countermeasures.