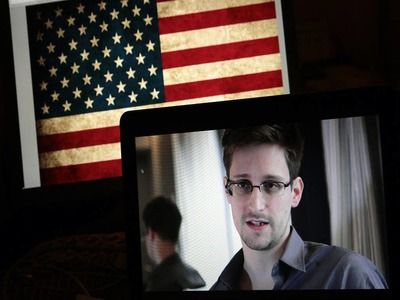 WorldInterstate relationsMilitary securityJustice
OREANDA-NEWS. Former US National Security Agency (NSA) employee Edward Snowden, who was granted asylum in Russia, could return to the United States only if he could count on an objective consideration of his case. He stated this in an interview with reporters of the US National Public Radio, published on Thursday.

As Snowden emphasized, which the US authorities accuse of violating espionage laws, a jury in the United States should be familiar with the secret information that he passed on to reporters. "There can be no fair process regarding the disclosure of information if the jury cannot assess whether it was the right step to make this information public", he said.

Snowden noted that if he returned to the United States just to be sentenced, it would give an incorrect signal to others who would like to divulge information about the violations committed by the authorities. “No one becomes a whistleblower because he wants it”, he stated. “Nobody becomes a whistle blower, because they are waiting for a happy ending”.

A former NSA official stated that during his stay in the Russian Federation, the country's intelligence services offered him cooperation, but he refused. He noted that otherwise he would have "lived in a palace" in Russia and could have been seen at the parades on Red Square in Moscow.

Snowden said that he requested asylum from the authorities of 27 states, including Germany and Poland. As he noted, in all of these countries, with the exception of Russia, they were frightened of the response from the United States. “It's not my choice that I am here, people forget about it”, he stated. An ex-NSA official focused on "constantly criticizing the policies of the Russian government." According to Snowden, this is evidence that he doesn't work for Moscow. Snowden emphasized that those who make statements about his cooperation with the Russian Federation are guided by "distrust of Russia".