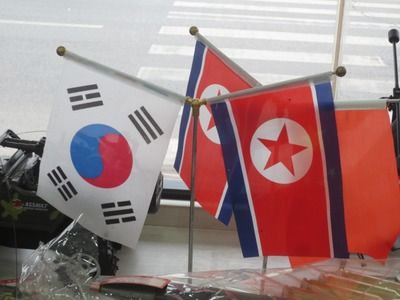 WorldInterstate relationsInternational activitiesMilitary security
OREANDA-NEWS. Seoul and Washington intend to adjust the scale of joint military maneuvers this year to establish dialogue with Pyongyang. This was reported on Tuesday by Yonhap agency with reference to a representative of the Ministry of National Defense of South Korea.

"Joint regimental maneuvers won't be carried out, however, it's planned that exercises at the level of battalions and units in their composition will take place normally", the official said. "Given that diplomatic efforts are being made, the exercises will be held in accordance with the agreements reached by Seoul and Washington". At the same time, he noted that any adjustments in the conduct of maneuvers will not affect the defense capability of the United States and the Republic of Korea.

According to Ronhap, on January 21, the Minister of National Defense of South Korea, Jung Gen Doo, presented the country's work plan for the current year to President Moon Jae In. According to him, the joint headquarters exercises of the US and Republic of Korea Key Resolve and Foal Eagle, scheduled for the coming spring, will be held in computer simulation mode, like last year.

At the same time, in the second half of 2020, full-scale headquarters maneuvers are planned, during which it is supposed to assess the ability of the South Korean armed forces to independently exercise operational control over their troops in wartime.
Source: OREANDA-NEWS
Материалы по теме: