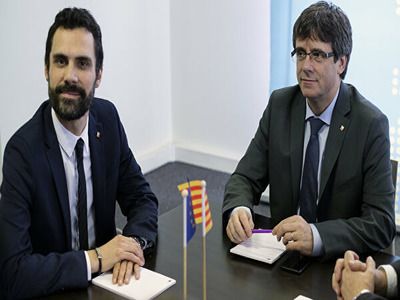 WorldJusticeInternational activitiesState finance
OREANDA-NEWS. Catalan police and the Spanish Prosecutor’s Office for Corruption are investigating whether Bulgarian Prime Minister Boyko Borisov is involved in possible money laundering in the Iberian kingdom. This statement was made on Friday by a Spanish newspaper.

According to her, in March 2019, the police of Catalonia received a complaint from the Bulgarian non-governmental organization MC BUUP. According to the publication, the former Bulgarian model of Borislav Yovchev could be the beneficiary of possible fraud. The woman and her father were part of two companies headquartered in Barcelona: Numin Invest SL and EMA BGS SL, which have received more than € 5 million since 2013. These funds could come from individuals who live outside of Spain.

An NGO complaint alleged that Yovcheva and her family lived in a luxury villa in the province of Barcelona. The investigation revealed that the property was purchased for € 3 million in 2013 and was registered in the name of Numin Invest SL.

Investigators discovered the existence of another company (EMA BGS SL), which owns a clothing store in Barcelona. At least € 2.3 million was invested in this company, which allegedly came from another company. The headquarters of EMA BGS SL is located in the villa where the ex-model lived.
Source: OREANDA-NEWS
Материалы по теме: