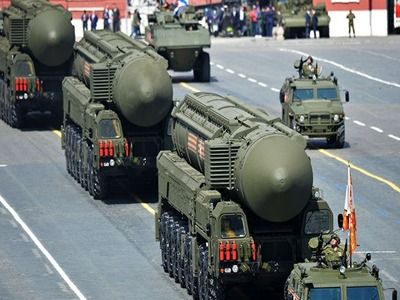 WorldInterstate relationsMilitary securityMinistries and departments
OREANDA-NEWS. Between September 1, 2019 and March 1 of this year, Russia reduced the number of its warheads and their deployed carriers by 100 and 28, respectively, while in the United States these figures are only three and 13.

This follows from the certificate on the reduction by two countries of their nuclear arsenals under the Treaty on Measures to Further Reduce and Limit Strategic Offensive Arms, available on the website of the State Department. Data are as of March 1 and reflect the statistics provided by the parties.

Taking into account the non-deployed launchers of ICBMs and SLBMs, as well as TB, the total number of carriers in Russia and the USA is 754 and 800 in Russia, respectively.

START was signed on April 8, 2010. The parties are now consulting on the future of the START Treaty. It remains valid for 10 years (until 2021), unless replaced by a subsequent agreement. The contract can be extended for no more than five years (that is, until 2026) by mutual agreement.
Source: OREANDA-NEWS
Другие новости: