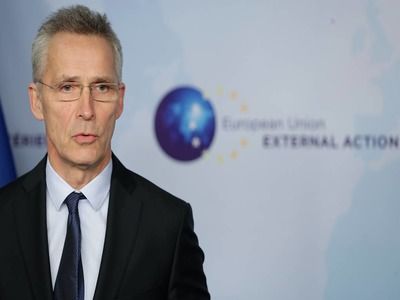 "They will fly over the territory of the NATO countries. But they will be able to see what is happening far in the depths of the countries located next to us, and will make it possible to better understand what is happening on the other side of the border", he said. The publication clarifies that drones will be able to see 200 km inland of the Russian Federation. “If we had such opportunities in 2014, when Russia used military force in Ukraine and annexed Crimea, this would give us more accurate information about what was happening”, Stoltenberg said.

As the secretary general said at the opening of an unmanned reconnaissance system, the first two unmanned aerial vehicles (RQ-4D Phoenix) arrived from Sicily to monitor the surface of the earth. The system will reach operational readiness in a few months, three more drones will arrive before the end of the year, he noted. It will allow observing the entire territory of the alliance and beyond - from the Arctic to the Sahel, from the Atlantic to Eastern Europe, the Secretary General said.
Source: OREANDA-NEWS
Материалы по теме: