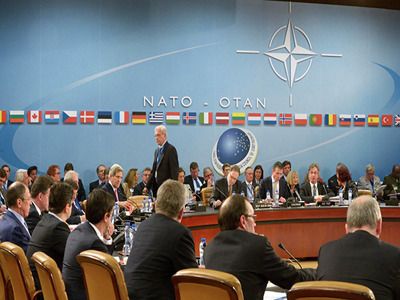 WorldDiplomatic organizationsMilitary securityInterstate relations
OREANDA-NEWS. Tallinn should work more closely with neighboring countries and NATO allies to protect the republic and the entire region from security threats. This was announced on Monday by the commander of the Estonian Defense Forces, Martin Herem, speaking at a military parade on the occasion of the 102nd anniversary of Estonia's independence.

“A British-led Tapa-based militant group, along with Danish or French companies, naturally became part of the Estonian Defense Forces. As a state, we achieved what the soldiers of the Liberation War hoped 100 years ago, and even more. But in order to preserve our freedom from those the same threats as a century ago, we need to work even closer with our neighbors and allies. Moreover, not in addition to NATO, but in its composition", the local news portal reports.

Kherem emphasized that following major military exercises last year, Defender 2020 maneuvers will take place this year, in which about 20 thousand soldiers will be delivered from the United States to Europe. "Some of them will arrive in Estonia. At the international exercises, the operation of the defense of Europe, including our region, will be tested", he said.

“The last year’s formation of the headquarters of NATO’s Northern Division in Latvia was a major step in improving the region’s defense potential. The Danes, Latvians and Estonians are now employed in it", he added.
Source: OREANDA-NEWS
Материалы по теме: