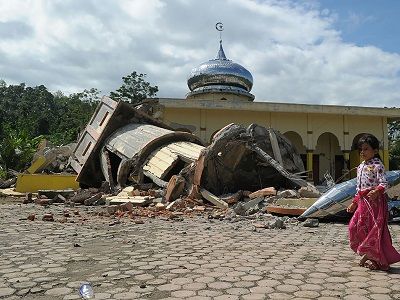 The Earthquake in Indonesia Killed More Than 800 People

OREANDA-NEWS The tsunami early warning system has not worked well in Indonesia for  last six years. This was stated on Sunday by the official representative of the national Agency for disaster prevention Sutopo Nugroho, reports the news portal Detik.

"Since 2012, the country has not been operating a deep-sea buoy of early detection - one of the key elements of the system," the official said. In his opinion, "the reason is the lack of necessary funding, which, in addition, is decreasing every year." He stressed that "Indonesia urgently needs the most modern equipment." The world's largest Indonesian archipelago, consisting of 18 thousand Islands, is located in the so-called Pacific ring of Fire, so tectonic cataclysms occur here on average five to six times a day.

Earlier, representatives of the Agency of meteorology, climate and Geophysics said that the country has only about 130 sensors of sea level change, while in Japan, for example, about 1 thousand of them, and this despite the fact that Japan is comparable in size only with part of the island of Java (the largest island of Indonesia).

In addition, the Agency's experts reported that information about the possible impact of the disaster comes in three hours, while the latest equipment allows to determine the threat in 24 hours.

An earthquake of magnitude 7.4 occurred in the province Of Central Sulawesi on Friday, for almost two days was recorded about 170 aftershocks. Strong tremors caused a tsunami, the wave height during which was 3-5 m. the Agency of meteorology, climate and Geophysics in 30 minutes.after the first tremors, the tsunami threat was canceled, because the devices failed to record the approach of the disaster.

According to the latest data of the national Agency for disaster prevention, 832 people were killed and more than 540 seriously injured in the province of Central Sulawesi as a result of the disaster. In addition, at least 16 thousand local residents were forced
Source: OREANDA-NEWS
Материалы по теме: