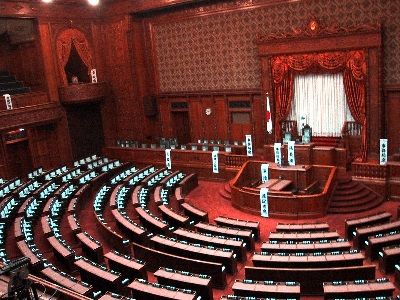 The Emperor of Japan Approved the New Cabinet of Ministers

OREANDA-NEWS Shinzo Abe introduced the new Cabinet after the former government resigned. Despite a significant update, most of the key Ministers retained their posts.

After winning the fight for the post of Chairman of the ruling liberal democratic party (LDP), Japanese Prime Minister Shinzo Abe held a reshuffle in the government, the Agency Kyodo. Despite the fact that Abe introduced 13 new members out of 19 to the Cabinet, most of the key Ministers retained their posts.

The new defense Minister instead of Itsunori Onodera became the Deputy of the lower house of Parliament from the LDP Takeshi Ivaya. The Agency notes that Abe seeks to achieve its "cherished goal" and to change the Constitution of the country during its subsequent three-year term, making it less "pacifist" and expanding the powers of the self-defense Forces.

At the same time, most of the key members of the Cabinet retained their posts, the Agency notes. Among them, the Secretary-General of the Cabinet of Ministers of Yoshihide Suga, Deputy Prime Minister and Minister of Finance Taro ASO, Foreign Minister Taro Kono, Minister of Economy, Trade and Industry, Hiroshige Seko (he oversees economic relations with Russia), the Minister for Economic Recovery, Toshimitsu Motegi and the Minister of Transport Keiichi Ishii.

The new government had reduced the number of women from two to one, with Satsuki Katayama appointed Minister for Regional Development.

This is the third composition of the government during Abe's tenure as head of government since 2012.

On September 20, Abe won a convincing victory in the election of the head of the liberal democratic party of Japan. His main rival was ex-head of the Defense Department Shigeru Isiba, but the current Prime Minister received twice as many votes, he won with a result of 553 against 254 votes from his opponent. Abe not only once again became the leader of the party, but also retained the post of Prime Minister of Japan for another three years, until the next parliamentary elections in 2021.

The new government will be recognized as officially formed after the Cabinet passes through the ceremony of approval by the Emperor of the country.

A few days before his re-election as head of the ruling party, Abe said that he had not changed his position on the peace Treaty and reminded Russian President Vladimir Putin about it. "First, we need to resolve the territorial dispute and only then-the problem of a peace Treaty," - he said during the debate.

According to Abe, Putin assured the Japanese Prime Minister that he would "necessarily solve the problem" of the disputed territories — the Kuril Islands.

Press Secretary of the President of Russia Dmitry Peskov said that the talks between Moscow and Tokyo on the conclusion of a peace Treaty will continue, none of the parties, he said, did not abandon the intention to continue negotiations to reach consensus.