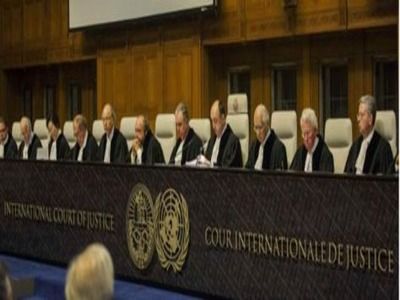 WorldTerritorial administrationJusticeInterstate relations
OREANDA-NEWS. Special Attorney Jack Smith, investigating crimes in Kosovo between 1998 and 2000, announced his intention to initiate a lawsuit. This is stated in a statement released on Monday by the press service of the Special Court for Kosovo.

According to the document, the corresponding notification was sent to the chairman of the Special Court, Yekaterina Trendafilova. She, in turn, created a pre-production chamber, which should study the reasons presented for starting the process. At the moment, persons for whom charges may be brought are not called. "The content of the charges remains confidential until they are confirmed by the pre-trial chamber", the press service said.

The Special Court for Kosovo was established to consider serious cross-border crimes, war crimes and crimes against humanity committed between 1998 and 2000 in Kosovo. The reason for its creation was the PACE report, published on January 7, 2011, which claimed that members of the so-called Kosovo Liberation Army in the late 1990s and early 2000s were involved in serious crimes such as drug trafficking, kidnapping and murder trade in human organs.

Earlier it was reported that the former Prime Minister of Kosovo, Ramush Haradinai, was called for interrogation in The Hague as a suspect among other persons.
Source: OREANDA-NEWS
Материалы по теме: