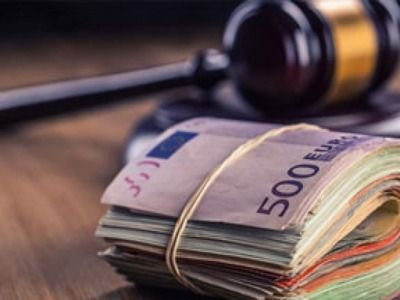 WorldBanksJusticeState management
OREANDA-NEWS. The head of Sputnik Moldova, Vladimir Novosadyuk, was detained in Chisinau on suspicion of involvement in the theft of $ 1 billion from the country's banking system, the National Anti-Corruption Center said, Interfax reports. The newspaper’s source also said that the interrogation of Novosadyuk and his possible detention are most likely related to the $ 1 billion case.

The Sputnik press service confirmed the detention of Novosadyuk, clarifying that they saw various versions in the media, but consider it necessary to wait for the conclusions of the investigation.

On Monday, two deputies from the Shor party, Regina Apostolova and Marina Tauber, were deprived of parliamentary immunity and taken into custody, Sputnik wrote. The immunity demanded to remove immunity from them. Attorney General Dumitru Rob. Speaking in parliament, he said that the investigation has reason to believe that Tauber and Apostolova have been involved in the theft of banks since 2012. The head of the parliamentary jurisdiction committee Sergey Litvinenko said that we are talking about Banca de Economii, Banca Socila and Unibank.

Until November 28, 2014, Shor was Chairman of the Board of Banca de Economii, one of the three Moldovan banks (along with Unibank and Banca Sociala), of which $ 1 billion disappeared. Funds were issued in the form of loans for several days before the 2014 parliamentary elections. In 2015, Shor was detained on charges of fraud, and two years later he was sentenced to seven years in prison, but the businessman appealed the decision and was placed under control with a ban on leaving Moldova. In June 2019, it became known that Shor left Moldova together with the former leader of the Democratic Party, Vladimir Plahotniuc, he was put on the international wanted list.