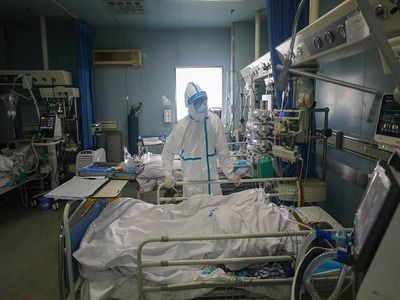 The Number of Coronavirus Victims in China Has Reached 1770

WorldIncidentsPublic healthInternational activities
OREANDA-NEWS. The number of victims of the new coronavirus in China amounted to 1770, more than 10.8 thousand people recovered, the number of people infected since the outbreak of pneumonia exceeded 70.5 thousand, the State Committee on Hygiene and Health of China said on Monday.

On Sunday, the agency informed of more than 68.5 thousand infected, 1665 victims and 9,419 recovered. According to updated data, the official mortality rate for coronavirus in the country is 2.5% instead of 2.43% the day before.