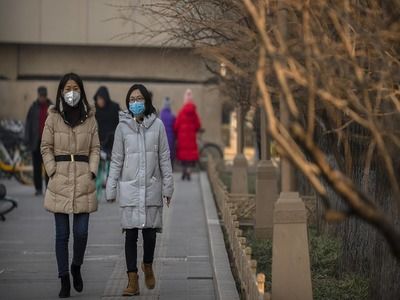 WorldIncidentsPublic healthInternational activities
OREANDA-NEWS. The number of new-type coronavirus infected in China has exceeded 570 people. This was announced on Thursday by the State Committee on Hygiene and Health of China. Earlier, a Chinese newspaper, citing official data, informed about 554 cases in 27 regions of the country. Killed 17 residents. According to updated data, 95 infected are in critical condition. More than 5.8 thousand people were in close contact with the sick, all of them quarantined.

According to published statistics, most of the cases are registered in Hubei province, the administrative center of which is the city of Wuhan, where the spread of the epidemic began. The first case was discovered in the territory of Heilongjiang Province, which borders on Russia. In Beijing, the number of infected has increased by another four people, up to 14 residents.

In the second place among the regions by the number of cases of coronavirus is the southern province of Guangdong, followed by Zhejiang, Shanghai, the cities of central subordination Chongqing and Tianjin, Guangxi Zhuang Autonomous Region, Henan and Sichuan. The administration of the southern Hainan island also announced the registration of four infected, three of whom are residents of Wuhan.