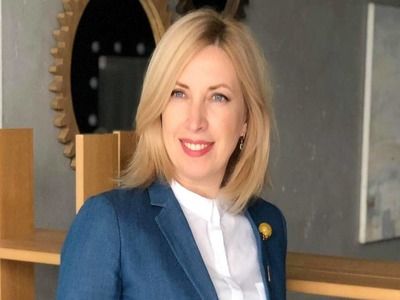 WorldDiplomatic organizationsInterstate relationsMinistries and departments
OREANDA-NEWS. The issue of Ukraine’s entry into NATO can be resolved following the example of Finland, which, in cooperation with the Alliance, does not join it so as not to quarrel with Russia. This position was expressed by the deputy from the pro-presidential party "Servant of the People", the representative of the Cabinet of Ministers of Ukraine in the Verkhovna Rada, the chairman of the subcommittee on state security and defense of the parliamentary committee on national security, defense and intelligence, Irina Vereshchuk.

"The paradigm must change. It's probably NATO that must change in order to allow Ukraine to enter, despite the opinion of Russia. How to solve this dilemma? How to do it? I have always been a supporter of Finland, who explain why they don't join NATO. They can imagine This is allowed institutionally, they have excellent programs that work with NATO, and they are probably deeper integrated into NATO than some NATO countries, such as Hungary and Austria, but they say: we won’t even write it down in the constitution, we don’t need problems with Russia. We already had problems, lost territory and, most importantly, people. We know who and what the Russian Federation is - no illusions. We don’t want to join NATO if it becomes a conflictogen with Russia", Vereshchuk said in an interview with Ukrainian TV channel.

According to her, Ukraine, despite the fixed desire to join the alliance, loses its reputation when it constantly asks there, but does not receive a positive answer. "We want, but they don’t take us. And we knock on closed doors and lose our reputation. We can’t go where we are not expected. We need to move, become stronger, more harmonious. We have cooperation programs, that's all", Vereshchuk emphasized.

Earlier, President Vladimir Zelensky repeatedly confirmed Ukraine’s course in the EU and NATO. In particular, he repeated the position of his predecessor Petro Poroshenko on this subject, on the initiative of which the constitution of the country enshrined the provisions on the "European identity of the Ukrainian people and the