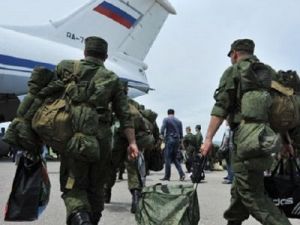 OREANDA-NEWS. The Russian military experts giving to Venezuela technical support on service of special equipment leave the country on June 26. Said it in the press service of Embassy of Russia in Caracas.

"Russia supplied the modern equipment which demands the corresponding maintenance to Venezuela. Besides, the Russian experts provided training of the Venezuelan employees" — explains embassy. In the message it is also told that such "daily" works will be continued according to the schedule which is earlier agreed between both countries.

Three days earlier American news agency Reuters with reference to the eyewitness and the websites which are engaged in tracking of movements of planes reported that in Venezuela there arrived the plane of the Air Force of the Russian Federation. According to the agency, Il-62 with number RA-86496 was noticed at the international airport of Maiquetia near Caracas.

The same board arrived to Venezuela in the same airport in March together with An-124. The local journalist Javier Mayorca reported about it on the twitter. According to him, by these planes about hundred Russian servicemen headed by the high-ranking general arrived.