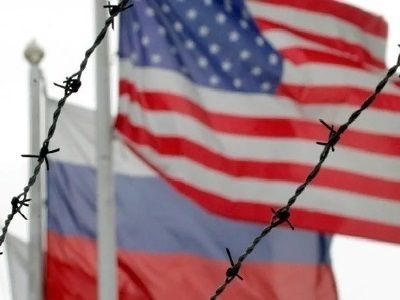 OREANDA-NEWS American Senator, a member of the Republican party Rand Paul is trying to convince his colleagues in the Senate of the need to lift anti-Russian sanctions and benefit from cooperation with Moscow, Bloomberg reports.

As the news Agency notes, to achieve these goals, the parliamentarian hopes for the help of US Ambassador to Russia John Huntsman. It is noted that both politicians met on August 28. During the conversation, Paul asked Huntsman to note at the meeting with the Republicans the need to resume dialogue on arms control treaties. In addition, the Senator told the diplomat that his colleagues "are subject to hysteria" in the issue of sanctions against Moscow. The parliamentarian is convinced that " huntsman is the most suitable diplomat to provide the Senate with detailed information about relations with Russia."

In addition, according to Bloomberg, after the midterm elections to Congress in November, Paul hopes to convince his party members to meet with Russian parliamentarians.

Also, the newspaper writes, the Senator is trying to influence President Donald Trump, so that he led a "softer policy" against Russia. However, last week the American leader accused Moscow of non-compliance With the Treaty on the elimination of intermediate-range and shorter-range missiles and promised to withdraw from it. Paul criticized this decision, despite the fact that his colleagues from the Republican party for more than a year prepared the ground for this.

Earlier, Trump said that the United States does not intend to comply with the INF Treaty when Moscow violates it, and will withdraw from the Treaty. The US President, commenting on the withdrawal from the agreement, also said that Washington will develop weapons. Press Secretary of the Russian President Dmitry Peskov said that Moscow wants to get a more detailed explanation from the United States, and added that the scrapping of the INF provisions will force Russia to take measures to ensure its security. Foreign Minister Sergey Lavrov said that any action in this area will be met with opposition.

Relations between Russia and Western countries, including the United States, escalated amid the conflict in southeastern Ukraine. The West accused Moscow of interfering in the Affairs of Kiev and imposed a number of economic restrictions. In response, the Russian side took a course on import substitution.