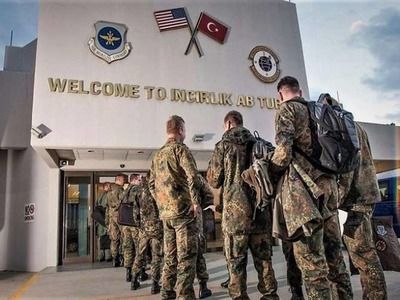 WorldInternational activitiesInterstate relationsMilitary security
OREANDA-NEWS. The US Department of Defense signed a contract with a number of Turkish companies to conduct construction work at the Incirlik airbase (Adana province, Turkey) for a period until the end of 2024 and a total amount of $ 95 million, the Pentagon press service said.

"Eight Turkish construction companies were awarded a contract worth $ 95 million for design and construction work on the construction of general-purpose elements of military related infrastructure at the US Air Force airbase in Turkey. Work will be completed by December 31, 2024", the statement said. Ministry of Defense. On the American side, one of the structures signing the contract is the 39th financial squadron deployed at Incirlik airbase. At the Incirlik airbase, the 39th US Air Force wing is currently deployed.

Turkish President Tayyip Erdogan previously stated that his country could close Incirlik airbase for the United States if Washington decides to impose sanctions on Ankara due to the acquisition of Russian S-400 anti-aircraft missile systems. This isn't the first time Turkey has talked about the possibility of closing the Incirlik airbase for the US military. Usually, such rhetoric of Ankara arises in the light of threats from Washington, but it has not yet reached any concrete steps in this direction.
Source: OREANDA-NEWS
Материалы по теме: