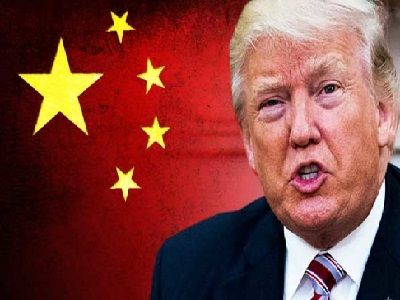 Trump Announced the Introduction of Additional Duties on Goods from China

OREANDA-NEWS Donald Trump announced the introduction of ten percent duties on goods from China in the amount of $ 200 billion. The decision will come into force on September, 24 and will be valid until the end of the year.

"Today, after seven weeks from the beginning of the public announcement (the intention to introduce these duties), hearings and ample opportunities for comment, I instructed the United States trade representative to continue to expand the list of additional duties on imports from China", — said in a statement that circulated the White House.

China confirmed that it intends to resolve the trade dispute with the US through dialogue.

At the same time, the American leader did not rule out the introduction of a third wave of duties on goods worth about 267 billion dollars, if Beijing takes retaliatory measures.

Earlier, the Wall Street Journal, citing sources familiar with the situation, reported that China may refuse to participate in a new round of trade negotiations with the United States in the case of the introduction of regular duties. This information was confirmed by the source of South China Morning Post.

In early April, the United States published a list of 1.3 thousand Chinese goods against which import duties can be imposed as a response to China's violation of intellectual property rights to American products. In turn, the state Council of China decided to impose duties of 25 percent on 106 items imported from the States.

In May, the parties agreed that they would not wage a trade war and would stop applying mutual duties. However, later it turned out that to come to an agreement on trade issues still failed, and Washington announced new charges.

In mid-June, the US imposed a 25 percent duty on goods from China, affecting about a tenth of China's $ 50 billion worth of imports to America. China responded in a mirror manner and imposed a 25 per cent import duty on 659 items imported from the US, also worth $ 50 billion.

On July 6, there was a new exchange of restrictions-the customs duty established by Beijing on 545 items of goods in the amount of about 34 billion dollars began to operate, which was also a response to similar steps of the United States.

In August, the US imposed a 25% duty on imports of Chinese goods worth $ 16 billion, Beijing responded in a mirror manner.